The Many Minds of Eve: Females think and buy, differently than men 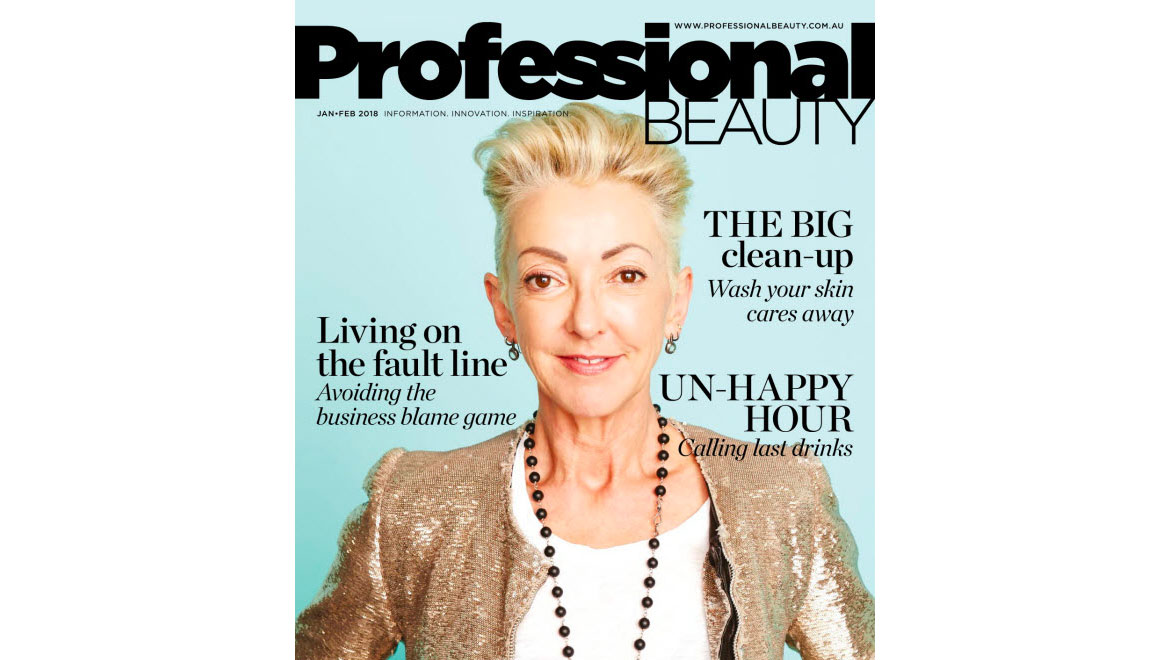 “In the second article of a series on the Science of Female Shopping, Neil Osborne explains how women are as different psychologically as they are biologically, from men… which directly affects their how and why of shopping.

Women and men are different. That’s obvious. But it’s the minutiae that counts.

As Faith Popcorn famously put it, “they’re as different shop-ologically as they are biologically.” With that simple statement in 2000, the world awoke to a savvy marketers’ golden opportunity. When the renowned author and futurist’s third ground-breaking book was published, it threw a spotlight on the need for gender specific marketing. Even today, the book’s basic logic remains valid: “Women are different and they have money. So what do I do?”

As consumers, women have evolved faster and more powerfully than men. They’re responsible for up to nine out of every ten spending decisions, yet for decades, the marketing of most big-name brands has been driven by men, using male-drawn stereotypes and top-level decisions. Logically, given the gender differences, that was always unlikely to work. And yet, many of those stereotypes remain.

The marketing rules they’re built on, are rooted in a corporate era when women weren’t economically powerful. Unlike today. Now of course, as a man, I’d say there’s nothing really wrong with that, except for one thing. Most men, don’t understand women.

“EVEolution,” as Popcorn’s book was called, marked a change.

At the time, women across the globe thanked Ms Popcorn, for publically pointing out that “Women process information differently. Women articulate their feelings more easily, and see themselves as links, not loners. Men do one thing at a time, while women do many things at the same time.” And importantly, as I’ve found out first-hand, “if she has to ask you to do something, it’s already too late.”

Let’s see if we can change that, just a little…” 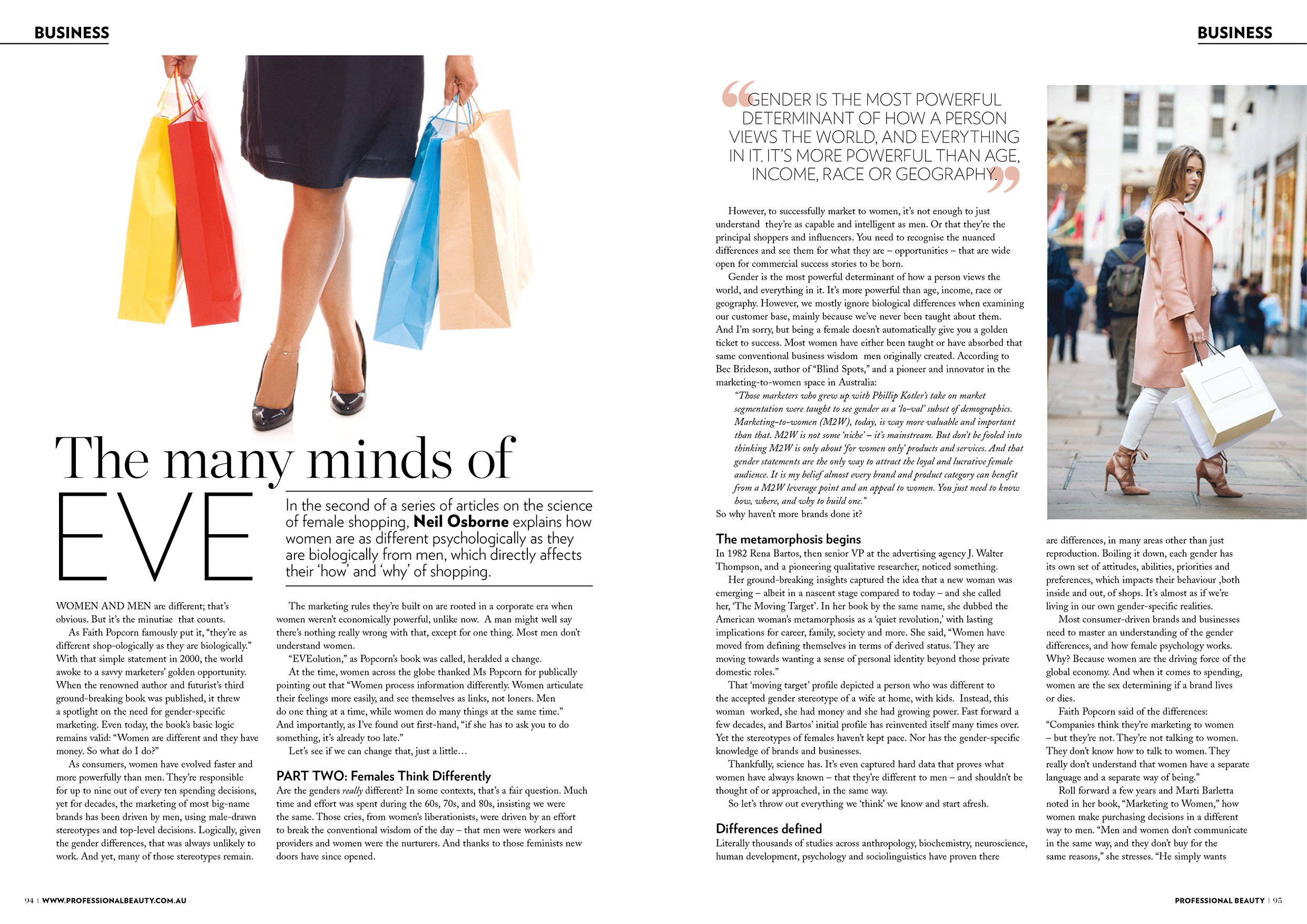 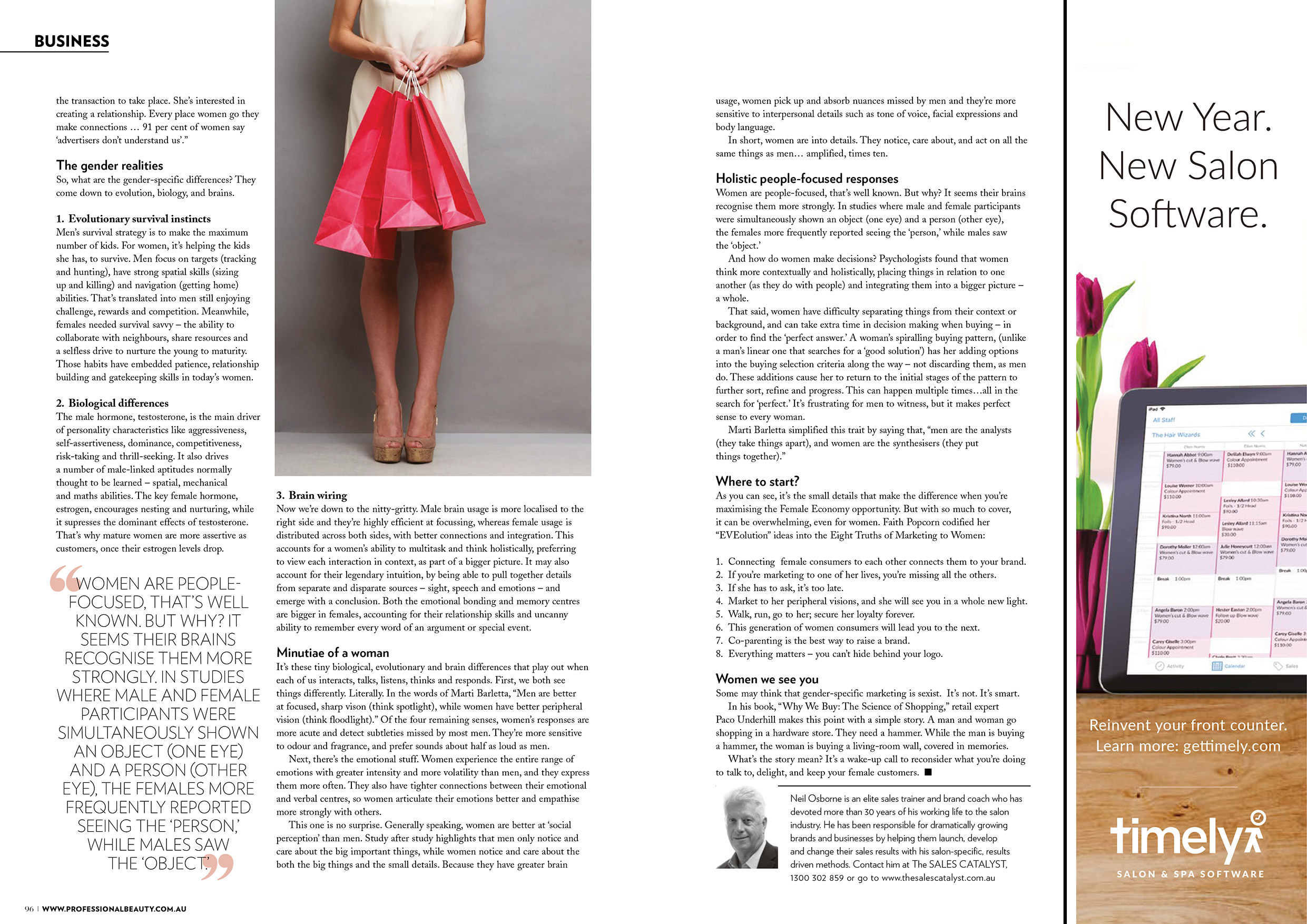 ‘She’ Means Business: The purchasing power of the female economy

Where Do You Fit in the Australian Aesthetic Industry?