Are there snails in your strawberry patch?

Are there snails in your strawberry patch? 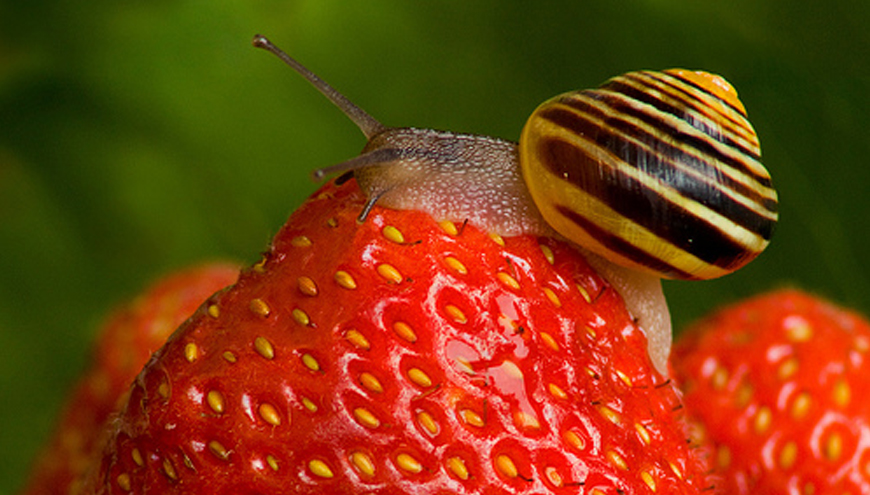 Strawberries are most famously eaten with cream, between matches, by the ‘properly attired English’ at Wimbledon each year.

My daughter can eat them anywhere, anytime. For breakfast, lunch and dinner.

Except … when there’s a bad one in the bunch.

More often than not, hidden under the top layer of gorgeous red globes are one or two slightly undeveloped ‘green’ ones and a few bottom dwellers that are soft and squishy. Whether they’re there because of enthusiastic picking, poor handling or snail blight, she’s ruthless.

She’s learnt to weed them out.

Because one or two bad ones can sour the rest of the punnet, sending them all off.

There’s always a layer that take all the attention, look fantastic and loudly fight it out for the top results on the sales report. They’re the gorgeous red globes we all love and want.

Then there’s the middle bunch.
Populated by slightly smaller mid-fielders who aren’t producing stunning results, this group is often green, under developed and untrained, yet with the right treatment they hold great potential for future growth.

Generally missing their monthly budget by 5-10% (or very occasionally exceeding it), these mid-fielders open a few new accounts and have rare big months, only to fall back to average results.

Their performance is best described as consistently inconsistent.

And what about the bottom dwellers?
This group gains regular attention and discussion, but never for the right reasons. They fail to produce what’s expected and their performance is best described as sluggish and snail-like.

Small in number, their danger is still great.

The bottom dwellers need to be either performance managed out of the business, or their performance changed.
But once dealt with, how do you then get growth?

Perhaps you need to take another look at the mid-fielders in your punnet.

It takes strawberries three days to cycle from green to white to red.

Given time, training and the right conditions, some mid-fielders are perfect (once ripened) for your growth plans.
They may even blossom into glorious red globes.

The key is to help this group handle rejection and “No” differently.
Because it’s what your team says, that triggers the objection and leads to rejection.

Quite often they’re completely unaware of the behaviours that are triggering rejection.
Taking a different approach does two things.

The end result is a sale process that’s transformed from confrontation to consultation.

Cooking the books … do you use a recipe or freestyle?

Are you collecting or connecting?