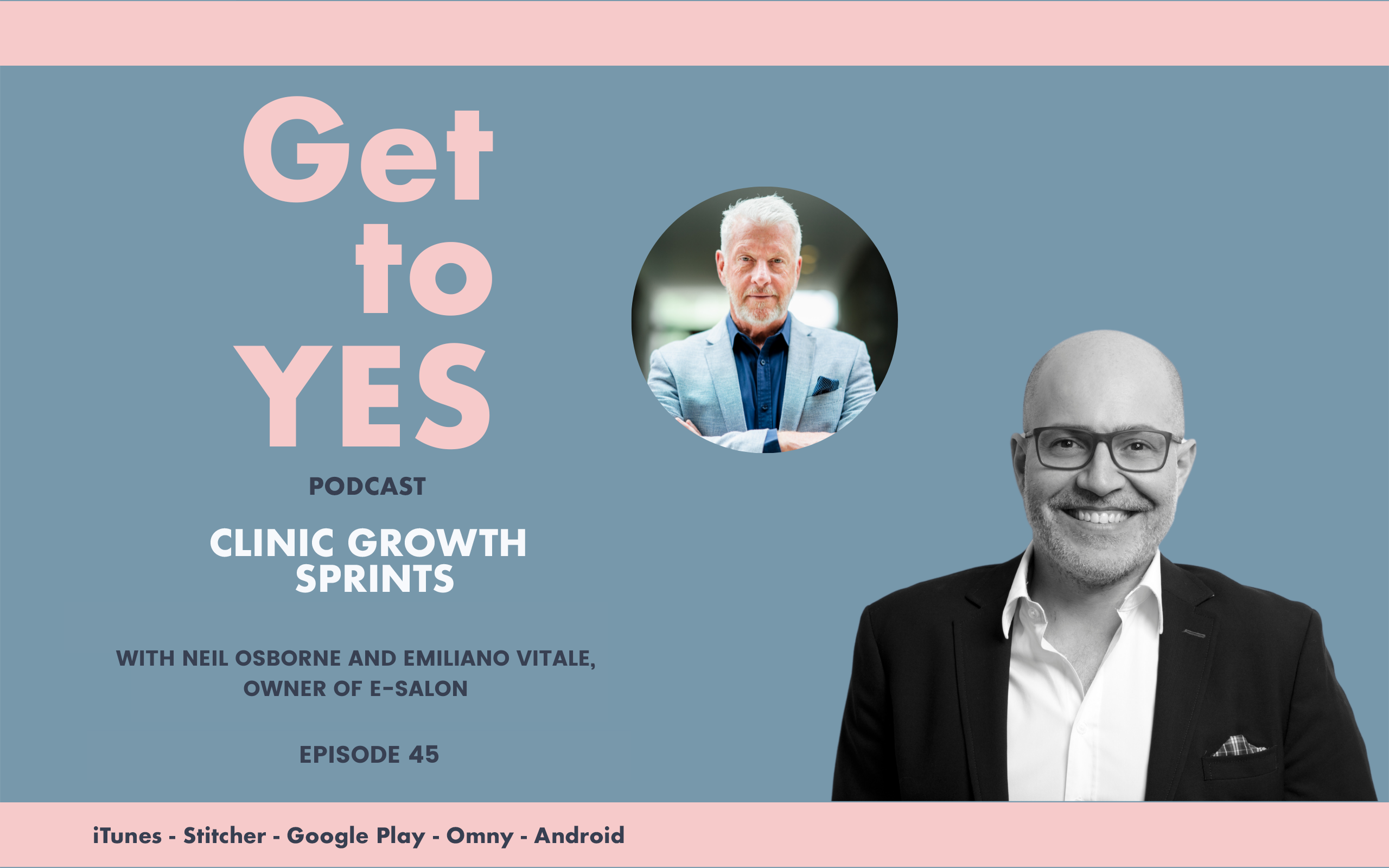 This Clinic Growth Sprints guest interview is with an internationally recognised and awarded Hairdresser, Businessman and Owner of e-Salon, Emiliano Vitale. During the conversation, they re-visit the early days of Emiliano’s his first salon at the age of 22, in Double Bay, Sydney. He clearly remembers the days there wasn’t any money left for him and openly shares his learnings from that difficult time.

Emiliano’s enjoyed a hugely successful career and is widely admired and respected for his deep belief in having high ethics, morals and purpose in his work – all of which he inherited from his father, Samuel. His key piece of advice to his younger self is “to focus on what you’re good at” and during the chat with Neil, he also reflects on a saying he’s very fond of, which is “do more than what you’re paid for.”

In this episode you’ll learn about: